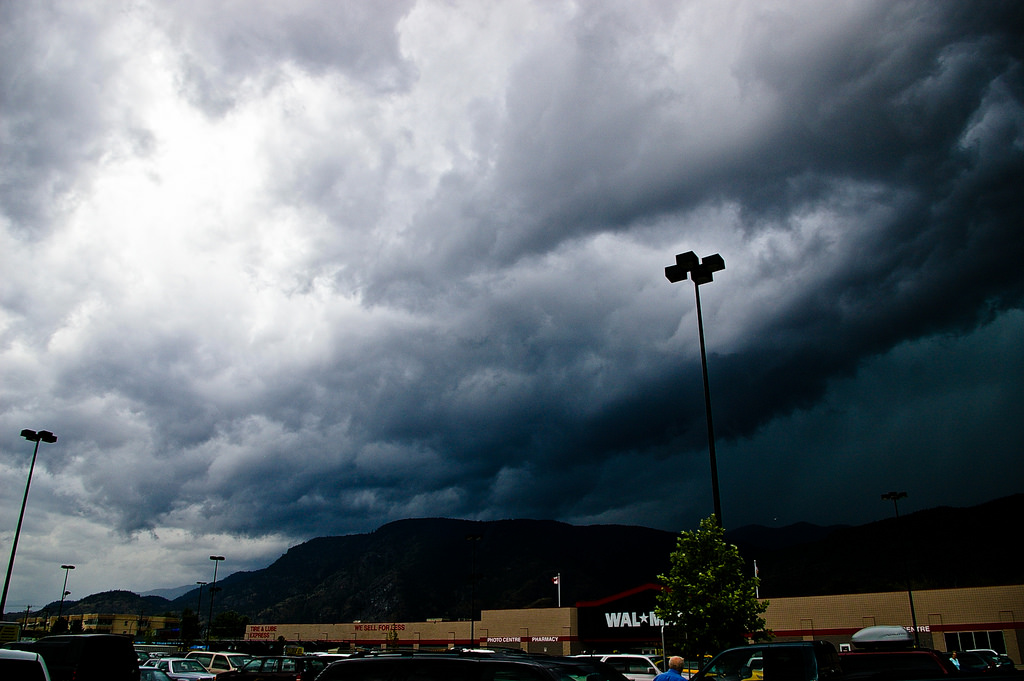 The Wall Street Journal published an article telling their vendors to not use AWS for services that Walmart is consuming. Quoting Snowflake Computing, the company was apparently told not to run on AWS. It may less of an epic fight and more of Walmart avoiding leaking company data.

The dramatic value is undeniable. Days after Amazon’s announced acquisition of Whole Foods, Walmart retaliates by requiring its vendors to pull out of AWS. Could this blowback hurt Amazon’s revenues significantly? Undeniably, Walmart is a huge company, so such a move must mean something, right?

First, let’s clear whether or not this is a political fight. Walmart (like Target) is a proponent of OpenStack, and likely uses it internally. Likely, they do that both for cost reasons but also control; having it self-hosted they can be reasonably certain that their cloud provider analysing their data would only yield information to Walmart. It’s likely this is a pre-emptive attempt at trying to ensure no data flows go through AWS, with only an undercurrent of “let’s not give money to our new competitor”.

The WSJ article, additionally, isn’t discussing a current Walmart supplier, but a prospective one. They note that a “Walmart partner” discussion about using Snowflake’s service ended with a requirement that it had to run on Azure rather than AWS. That walmart partner “wanted” to use the Snowflake data warehouse service, implying it was not currently doing so.

Second, a seismic shift it is not. Walmart has for years competed with Amazon on retail, even if the latter didn’t have a physical presence, so they have avoided using AWS, and instead leaned towards Azure and Rackspace when their internal OpenStack is insufficient. Additionally, we know other retailers (Target, eBay, Gap, and quite possibly others) have used and deployed OpenStack privately.

If there is a blowback to AWS, it may take a while for it to come.